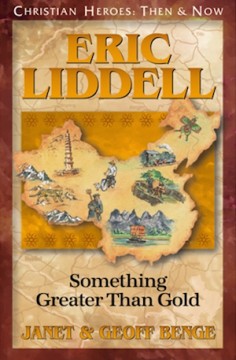 Eric Liddell - Something greater than gold

Benge Geoff et Janet
2 en stock Ajouter aux favoris
A NEW STANDARD HAS BEEN SET IN CHRISTIAN BIOGRAPHY! As the race began, it had seemed obvious that Eric Liddell was overmatched. Now the crowd in the Olympic Stadium hushed as this runner from Scotland refused to be passed. As Eric crossed the finish line, the crowd erupted in applause heard all over Paris. Eric Liddell had done the impossible A new world record had been set! Eric's refusal earlier that week to run on Sunday in the Olympic 100-meter race had stunned the world. Now his incredible victory in the 400-meter race further strengthened his belief in God's promise, "He who honors Me, I will honor." Years later, Eric Liddell would be tested far beyond mere physical ability as a missionary to China. His character, perseverance, and endurance are a challenging example for all who would obey the call to bring the gospel to the nations. (1902-1945) This best-selling, missionary biography series - Christian Heroes: Then & Now - chronicles the exciting, challenging, and deeply touching true stories of ordinary men and women whose trust in God accomplished extraordinary exploits for His kingdom and glory.
Réf. L-GBHOF-EL
Éditeur : Ywam-Publishing
Nb de pages : 208 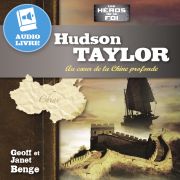